Academic Staffs of the CSS Department 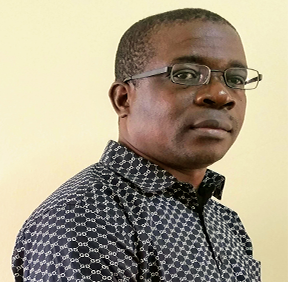 Dr.-Ing. Morice Daudi Tegeje is a member of academic staff in the department of Computing Science Studies (CSS), Faculty of Science and Technology (FST), Mzumbe University. He lectures, researches, and consults in computing sciences as well as related technologies. 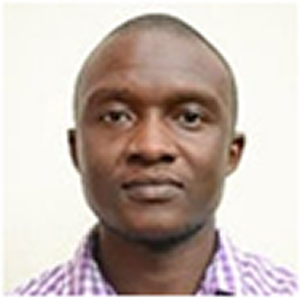 Almasi S. Maguya holds a Doctor of Science (Technology) and a Master's degree in Information Technology (IT) from Lappeenranta University of Technology (Finland), and a Bachelor's degree in Computer Science (majoring in Information Systems and Mathematics) from the University of Dar es Salaam (Tanzania).
Based at Mzumbe University, Dr. Maguya has been active in the IT field since 2004 as a consultant, researcher and trainer working with mostly opens source standards/technologies. His research interests include Applied Mathematics, Remote Sensing/GIS, and Machine Learning.
Apart from working on the computer or reading technical books, he enjoys running and playing with his kids. 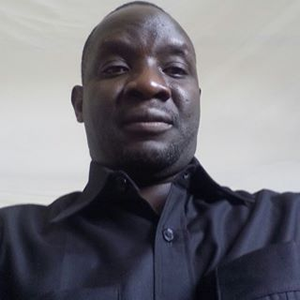 Dr. Patrick D.Kihoza was born in Kigoma reginal in 1971. He received his BSc. In Information and Communication Technology and Management from Mzumbe University in 2006. A Master’s of Science degree In Information and Communication Technology from University of Eastern Finland in 2012 and a PhD in Information and Communication Science and Engineering (ICSE) from The Nelson Mandela African Institution of Science and Technology, Arusha, Tanzania.
He first joined Bugando University College of Health Sciences (BUCHS) in Mwanza, Tanzania where he worked as a Network administrator for six Months. In 2007, he joined Mzumbe University as a Tutorial Assistant, promoted to the Assistant Lecturer in 2012 and a lecturer in 2016.
His research interests are ICT for development (ICT4D), E-learning and Blended learning application, design science research in educational technology, Software Engineering, Human Computer Interaction, & User Experience, Information Technology projects dynamics, User Centered design, Social Computing and Information and Knowledge Management.
Dr. Kihoza, Patrick D is a member of Mzumbe Academic Staff Association (MUASA)

Mercy Mlay Komba holds a PhD in Information science from the University of South Africa (UNISA), South Africa. She is also a Lecturer at Mzumbe University, Faculty of Science and Technology, Department of Computing Science Studies in Tanzania. Dr Komba has been working as a member of academic staff for the past thirteen years. She is teaching information systems management, e-commerce and e-business, ICT and Society, and information technology programmes to undergraduate and postgraduate students at Mzumbe. Her area of research interests includes e-government and e-learning. Dr Komba has published in peer reviewed journals
Biography 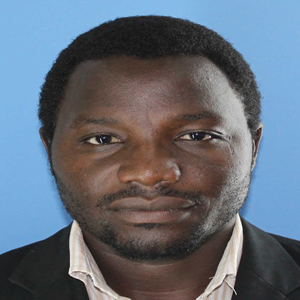 He has more than 14 research and teaching experience in various countries including UK, South Africa, Namibia, Kenya and Tanzania. His main research interest is in understanding the uses of ICT for national Development as well as how people, span organizational, professional, and cultural and other boundaries in the process of building and using new technology. He uses qualitative and quantitative methods and a range of social and organizational theories in his work including classic grounded methodology. He currently studies Data sciences and its impact on national development, and impact of e-learning in education in Africa. 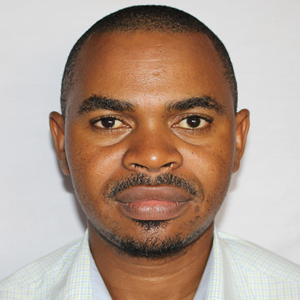 Mr. Frank Godlove Kilima is an assistant lecturer in computer science. He has Bachelor of Science degree in Information and Communication Technology Management (BSc. ICTM) from Mzumbe University, Tanzania (2004 - 2007) and masters of science degree in computer science from Makerere University, Uganda (2010 - 2013). His areas of interests are software development (in Java, Python and PHP), software engineering, network administration, computer security and artificial intelligence. Mr. Kilima has attended a number of short courses including diploma in Linux for network applications at Centre for Development of Advanced Computing (CDAC) in Mohali India in 2014 and Advanced Java and Java web programming (Xcelanta Services, India) in 2017. He is also active in leadership as he held a position of Executive Secretary General of Mzumbe University academic staff association (MUASA) from January 2016 - January 2019 and a member of executive committee of Tanzania Higher Learning Institutions Trade Union (THTU) - Mzumbe University branch from June 2016. He is currently admitted at Nelson Mandela African Institution of Science and Technology (NM-AIST) for PhD in Information Technology Systems Development and Management (ITSDM). Outside academic life, Mr. Kilima is an ardent reader of books, football player and fan and viewer of documentaries. 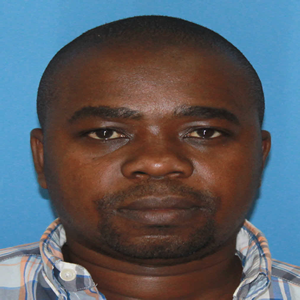 He first joined Musa Enos Computer Software (MECS) in Dar Es Salaam, Tanzania where he worked as a Network administrator and Computer Programmer for 2 years. In 2011, he joined Mzumbe University as a Tutorial Assistant, promoted to the Assistant Lecturer in 2015. 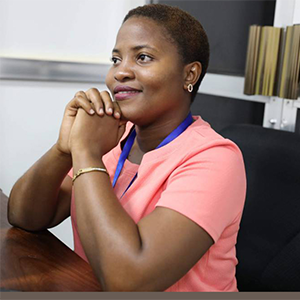 Miss. Irene Shubi Isibika was born in Dar es Salaam region in Tanzania. She received her BEng. in Information Systems and Network from St. Joseph College of Engineering and Technology in 2012. A Master’s in Information Studies degree from University of KwaZulu-Natal, South Africa in 2014. She has worked in Jordan University College as an Assistant Lecturer in 2014. She later joined Mzumbe University as an Assistant Lecturer in 2015. Her research interests are in the areas of Digital Libraries, E-resources, E-libraries, Infoprenuership, Collection Development, Mobile Technology in Libraries. Miss Irene Shubi Isibika is a member of Mzumbe Academic Staff Association (MUASA), Institute of Engineers Tanzania (IET), and Consortium of Tanzania Univeristy Libraries (COTUL). 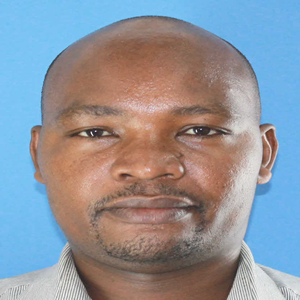 
Mr. EMMANUEL MAYALA WAMBURA was born in May, 7th 1977 at Arusha. He started his academic journey in 1988 at Kukona Primary School, Tarime district and Mara region. Thereafter, he joined Moshi Technical School for form One to form Four in 1995 to 1998. He also joined his advanced secondary school at Moshi secondary school in 1999 to 2001. Mr. Emmanuel joined for University degree in September, 2002 at the University of Dar Es Salaam in which he did his Bachelor of Science with Computer Science majoring computer Science and statistics. Since then, he has been working with Mzumbe University at the level of Assistant lecturer teaching ICTs Subjects.

He is professionally and expert in Programming: C, Pascal, PhP, Networking and JAVA. Mr. Wambura also is versatile in Database and Database implementation with DBMS like MySQL, SQL, MS Access.

Likewise, Mr. Wambura is a researcher and a Consultant and since then, he researched on time use by Gender Kigoma and Mtwara Regions full supported by NUFFIC in collaboration with the department of Statistics at the University of Dar Es Salaam, mitigation on HIV/AIDS Lindi, Mtwara and Tabora supported by TACAIDS, USAID and Mzumbe University.

In family relationship, he is married to JOYSCA CHRISTIAN BITAKWATE and by grace of God Mr. Wambura and Ms. Bitakwate are father and mother of three kids Glory, Joseph and Gladness. 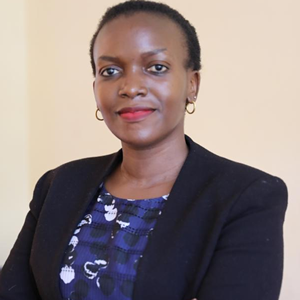 
Tupokigwe Isagah (PhD) is a Lecturer at Mzumbe University, Faculty of Science and Technology, Department of Computing Science Studies in Tanzania. She is currently teaching information systems design and implementation course to undergraduate and postgraduate students at Mzumbe. Her area of research interests include government digital transformation, enterprise architecture and AI for social good. For more information about Dr. Isagah visit: isagah.github.io 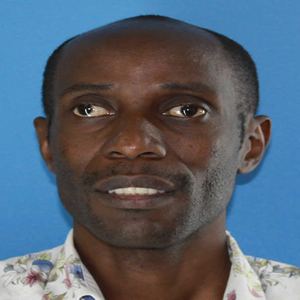 Simeo B. Kisanjara is a lecturer at the Mzumbe University. Currently, he is a PhD student specialized in E-learning in the department of computing sciences studies. As a lecturer, he is responsible for efficient and effective teaching, researching and consulting various issues in relation to Information Technology. Simeo Kisanjara holds master degrees in Business administration with information technology management (MBA-ITM) from the Coventry University, Postgraduate diploma (PGD) in computer science from CDAC India, an advanced diploma in Information Technology (ADIT) from the Institute of Accountancy Arusha and received a diploma in education (majoring in Physics and Chemistry). Kisanjara’s research, teaching and consultancy interest focuses mainly on information and communication technologies for application of ICTs (E-learning and e-commerce), Collaborative networks, design and Implementation of LAN and development of IT solutions as well as teaching methodologies. He has authored three articles published in various academic journals (accessible from IJERT, IJEDICT and IJRBT). Kisanjara has supervised a number of bachelor research projects at Dar-es salaam institute of Technology as well as at Mzumbe University. 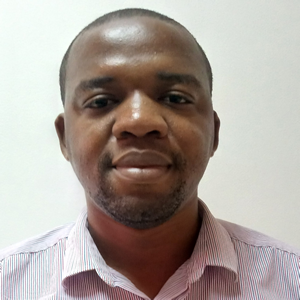 Lupyana Muhiche holds Master’s of Information Security from IAA in collaboration with Galgotians University of India and Bachelor of Information and Communication Technology Management from Mzumbe university Tanzania. 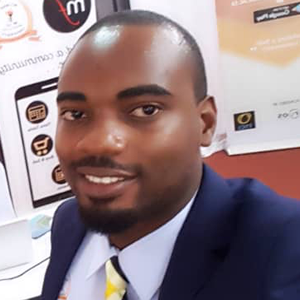 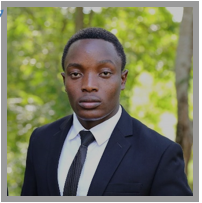 Lunodzo holds a Bachelor Degree in Information Technology and Systems (BSc. ITS) from the Mzumbe University, Class of 2014/17. He has an experience in IT Support, Web development, Database systems, Teaching and Training from his duties as Students’ Computer Technician and an ICT Teacher/Trainer in various Organisations. He is a great advocate of 21st Century skills (soft skills) mostly working in youth settings.

He is now pursuing a Master's Degree in Wireless and Mobile Computing at the Nelson Mandela African Institution of Science and Technology (NM-AIST). 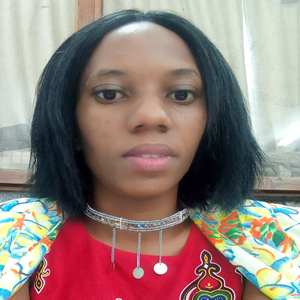 Ms. Salome Samwel Malugu is the Tutorial Assistant who teaches librarianship courses. She holds Bachelor of Arts in Library and Information Studies from the University of Dar es Salaam (2014-2017). Her areas of interest include information literacy, classification, and cataloguing, as well as e-commerce. Her researches interest comprises library resources to community members with disabilities (such as blind) and reading culture to the community. 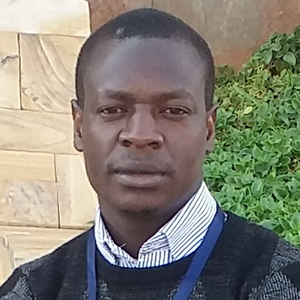 
Mr. Laurent Patrice received his Bachelor of Science with Computer Science from the University of Dar es Salaam in 2010. He worked at CATS Tanzania Ltd as Computer Systems Analyst and Sage 300 ERP Consultant from 2011 to 2014. Thereafter he worked at Mzumbe University as Senior Systems Administrator from 2014 to 2019.

He is an expert in Financial information systems, Linux systems administration and Computer networks. He is also versatile in C, C++, Paschal Programming, Database and database implementation with MySQL, MS SQL Server, Pervasive .SQL and Access.

His areas of interest is Computer networking, network and computer security and mobile computing especially in Mobile communication and Mobile software.

The Dean,
Faculty of Science and Technology,
P.O.Box 87,
Mzumbe, Morogoro.
Telephone : +255742762012,
Email: This email address is being protected from spambots. You need JavaScript enabled to view it.,
Website: fst.mzumbe.ac.tz